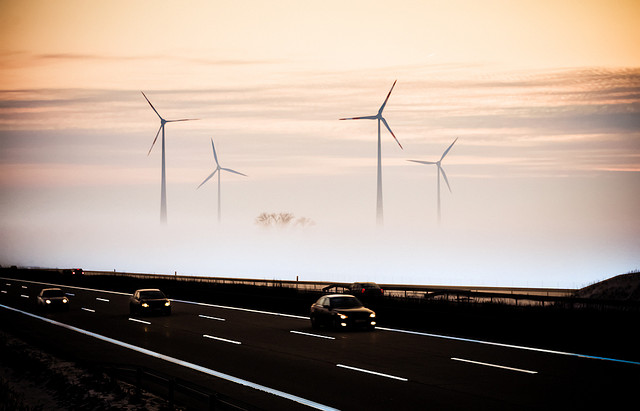 What happens when an entire country decides to phase out nuclear and fossil energy? When this energy transition towards 100% renewables is a remarkably stable political consensus, but the time frame for when to achieve it is heavily debated? Well, you then have the current situation in Germany. And now, more than ever, what this situation calls for is a trustworthy set of experts to clarify the facts of the present and analyze the possible paths for the future. Today, let’s wander through two, well thought-out publications, written by exactly these experts, and that shed light on the necessary changes Germany needs to put into practice to achieve a low carbon, low import energy-supply derived mostly from renewable sources by 2050. Not only Germany, by the way. It would suit any industrialized country’s government well to carefully review the possible methods to achieve environmentally friendly and socially sustainable energy autarchy. The first publication is called “Fahrplan Energiewende”, which roughly translates into “schedule for energy transition”. It’s a 16-page PDF in German that boasts concrete goals to translate efficiency improvement and rising renewable energy generation into feasible portions of technological innovation and societal change. Document number two is not only a PDF, but also an interactive website, and both are in English. Energytransition.de provides visitors with facts and figures on the energy transition. The level of detail depends on you, the visitor. It is interactive in the fullest sense of the word. The experts behind energytransition.de are Craig Morris, a writer for Renewables International, and Martin Pehnt, head of the energy department at ifeu, Institute for Energy and Environmental Research . The work was funded by the Heinrich Böll Stiftung, a foundation and think-tank begun by Germany’s Green Party. Pehnt and other ifeu members have also contributed to the Fahrplan Energiewende, along with Michael Sterner of Hochschule Regensburg and Norman Gerhardt, Christina Sager and Rolf-Michael Lüking from Fraunhofer’s Institute for Building Physics.

To start with, here is a comprehensive diagram taken from the second document, accessible at energytransition.de. It shows a possible setup for achieving 85% renewable electricity generation in 2050, mainly by increasing wind power generation and improving energy efficiency.

The 16 pages of the first document, “Fahrplan Energiewende”, are brief indeed, but also unequivocal. There is not much text to translate, on the one hand, and, on the other, the diagrams generate controversy as soon as they find their way onto your retina. The authors are brave, in the sense of not wasting time with the usual verbiage, but rather by proposing concrete innovations at precise dates. There is the 50% renewable power generation goal by 2025, for instance. And the shutting off of the last nuclear power plant in 2022. Or phasing out coal by 2032. Instead, the neighboring North Sea countries will provide Germany with imported offshore wind power from 2030 on, and Mediterranean countries will be ready to export wind and solar energy by 2040. To compensate for local fluctuations in wind and solar generation, a Europe-wide “overlay”-grid is to be operating after 2028 with smart grid development from 2015 to 2030, and electric cars are to be used as intermediate electric storage by 2022.

As long as the share of renewables does not exceed 40 percent, the weather related fluctuations in energy generation can be fully compensated by relatively flexible gas power plants. However, once this share is exceeded, which is expected around 2020, new storage capacity is necessary. That’s why the authors propose to introduce new, national, pump storage hydro-power plants in 2022, to support the electric car pool in its function as intermediate storage provider. With the constantly rising share of renewables, however, this capacity will reach its limits, and by the end of the 2020s, pump storage plants in Scandinavia and the Alps, where topography is mountainous and population density relatively low, have to help out. In 2035, a new technology called power-to-gas is expected to be market-ready. Greenpeace calls it “wind gas”. The idea is to use the over capacity of wind turbines and solar panels to refine hydrogen gas, H2. Now, if you spice the hydrogen up with carbon dioxide, CO2, you get methane, CH4, or natural gas (the by-product oxygen, O2, is itself immensely useful). Natural gas from renewable sources: doesn’t that sound promising? Even today, at times, the capacity of wind power exceeds demand, especially on windy nights, when most people sleep and domestic energy consumption is low, and on sunny summer days at noon.

But because today’s base load is provided mostly by coal and nuclear plants that are hard to turn down spontaneously, solar and wind farms have to be taken off the grid regularly. Their energy production vanishes because the system is inflexible. Now if you could harvest this “excess” energy resource, the overall efficiency of the fluctuating renewables would drastically improve – that is the idea behind renewable methane.

To illustrate this point, let’s look at these two diagrams. I found them on page 31 of the PDF downloadable at energytransition.de. It is quite apparent that in the 2020 scenario on the right, there is no more base load (coal and nuclear are the straight bars at the bottom in the diagram on the left. Germany could already do without nuclear power! For a few hours on a Sunday afternoon in May, when demand is at its lowest, the country runs entirely on solar energy from photovoltaic panels and a bit of wind power. 100% renewables in 2020! How is that possible?

With the current state of affairs, it isn’t. Unfortunately. The authors of Energytransition.de explain why:

Already, it is clear that intermittent solar and wind power will eventually cut deeply into baseload power. Germans have been aware that baseload power is incompatible with intermittent renewables for years. To complement renewables, we will need dispatchable power plants that can ramp up and down relatively quickly. Such plants more closely resemble today’s medium and peak load (such as gas turbines) than the baseload (such as nuclear plants, which do not ramp easily). To pay for such reserve generating capacity, the power market will need to be redesigned, however, which is why Germany is now increasingly talking about a capacity market and a strategic power reserve.

Complementing this point of view, the “Itinerary” calls for an immediate increase in construction of natural gas power plants and for a reduction of “must run” capacities, i.e., coal and nuclear, by 2017. As the quote above points out, new market models are needed to compensate energy companies for the stand-by times at these flexible power plants.

Back to “renewable natural gas”. To distribute it, you can use the current natural gas network. It’s been up and running for decades, there is no need for new infrastructure, and its potential to store energy is vast. That’s the trick of wind gas. You can either use it to power vehicles, or, in times of doldrums, it can provide both thermal and electric energy in heat and power co-generation plants. According to the authors, the time frame could look like this: by 2025, hydrogen will be ready to be fed into the natural gas grid, and around 2037, renewable methane could be produced on an industrial scale.

Concerning thermal energy, the objective is a bit less ambitious: by 2020, the share of renewable heat should reach 18%, and by 2050, 52%. The “Fahrplan” for thermal energy shows only two strands that refer to heat generation, and five that relate to heat use. This difference shows the enormous potential of energy efficient buildings and industrial processes. The authors call for life cycle engineering in construction, better energy management systems including the use of waste heat, improvements in heat storage technology and stricter building standards. What’s most important, though, is the shift towards a more holistic approach, integrating entire buildings, blocks, industrial and residential areas and even whole cities into a systematic perspective. The goal is clear: highly efficient heat flows. Buildings should be transformed from energy consumers to energy generators, starting, of course, with new construction. Little by little, technology improvements facilitate the renovation of the existing building stock, mostly with multi-functional facades that integrate the entire range of technology for both HVAC and harvesting solar energy.

One of the biggest challenges is mobility. This is because now, in 2012, the share of renewably powered vehicles is close to zero and the transport sector is responsible for double the primary energy consumption of electric power. “Fahrplan Energiewende” aims to establish car sharing in all major cities and to provide convenient recharging infrastructure for electric cars by 2015, to double bicycle paths by 2022 (compared to 2005), to double the share of cargo transported by rail by 2040, and to power the railway entirely by renewables in the same year. Germany already has most of its rail corridors electrified. One hundred hydrogen gas stations should be established by 2020, both for cargo and for individual transport, and because the fuel cell is a promising additional technology. Renewable methane could power a large number of cars by 2035.

I hope that this look at two important documents pointed out that energy transition is more than just a transition in power generation. Efficient transport systems, efficient process structures in industry, efficient heat flow systems and a conscious society are just a few other headlines for the holistic change we need. It is feasible, and the sooner we start, the smoother it will go!

Article image taken by Hen_son, published under CC BY SA license. It shows the infamous German Autobahn and wind generators near Leipzig.