In the last 150 years, three major trends have changed the way humanity consumes. First, industrialization shifted production from self-sufficiency to consumerism. Second, ongoing economic development allowed local economies to expand across entire countries, which was followed by globalization and worldwide markets. Globalization started with colonial powers trading goods between continents and has not yet achieved its peak, even if it has been more than 30 years now since China opened its markets. The third important development marking a substantial shift in the way we consume is telephone and internet shopping, giving brick and mortar retailers a hard time – mail order companies now send products directly from the warehouse to the customer. No shop needed any more. In this last transition, is there the option for sustainability? Amazon.com claims that online shopping is more environmentally friendly than conventional shopping. Is that so? What measures do mail order companies take in order to go green? In this article, let’s go into this and also reflect on a best case example: how one particular mail order company in Germany achieves carbon neutrality.

First of all, how did Amazon come to the conclusion that online shopping is better for the environment? Looking closer at the study mentioned on the Amazon website, we find some assumptions worth discussing critically. “Carbon Auditing the ‘Last Mile’: Modelling the Environmental Impacts of Conventional and Online Non-food Shopping” (March 2009) is the study; J.B. Edwards, A.C. McKinnon and S.L. Cullinane of the University of Edinburgh’s Logistics Centre were the researchers. “The last mile” is what the authors called the final leg of delivery, from the last mail order depot to the consumer’s doorstep, compared to an individual motorized shopping trip.

On its tour through a neighborhood, a delivery van produces 181g of CO2 when delivering an average order – 120 drops on a 50 mile circuit result in 21 665g CO2, which gives 181g per drop. Pretty low number, especially when compared to the 4274g of CO2 produced by an average shopping trip in a car (12.8 miles in the UK, according to the study). Using public transport reduces emissions drastically. The bus emits only 1265g CO2 for the average public transport shopping trip (8.8 miles, 9.2 passengers average bus occupancy) – more than three-times better than the car trip, but still seven times worse than home delivery.

Here is my first criticism: when you walk or cycle to go shopping, your last-mile-transport-emissions effectively decline to zero. That, assuming a sustainable lifestyle to be your goal, should be the baseline. The second criticism is already mentioned in the study. With both the car and the bus trip, shopping may not be your only purpose. The more things you get done, the lower the emissions per purpose. If the delivery van needs to come a second time because you were not at home, emissions are doubled. On the other hand, an average order includes 1.4 items per drop, which reduces the 181g 40% per item. That gives us a high level of complexity. However, the study’s comparison concludes with the following: buying less than 24 things by car, or less than 7 things by bus is less efficient than the online delivery and causes more emissions. In the words of the authors:

[T]he number of items purchased per shopping trip and the choice of travel mode are shown to be critical factors. The willingness to combine shopping with other activities and to group purchases into as few shopping trips or online transactions as possible is clearly important to minimise the environmental impact of both conventional (especially car-based) shopping trips and home delivery.

The Last Mile: A Small Slice of the Mail Order Universe Pie

Interesting figures though they may be at Amazon, they are far from yielding a holistic view. The study mentioned above shows, if anything, only a small slice of the big mail order universe pie. For its lack of a paper recycling policy, the company was awarded an F+ grade by the 2010 Green Grades report which explored the sustainable (or unsustainable) use of paper in big companies. Amazon has also been criticized for revealing neither the company’s overall carbon footprint, nor that of its best selling item, the Kindle. But before we enter the perpetual nagging cacophony of how bad the global big players are, let’s investigate the secret behind a small player who demonstrates that a green, 100% carbon neutral mail order company is possible.

Germany’s memo AG, starting in the 1990’s as an office equipment mail order company for environmentally sound products, has constantly expanded its product line and now provides clients with everything from recycled office paper to organic underpants. Their 48-page CSR report is one of the few to include factual information, not omitting any negative developments. On page 38, for instance, we read of a tripling in transport emissions in the last year:

In order to ensure that we comply with our strict procurement criteria, in particular for critical products such as textiles or energy-saving bulbs, we have carried out more factory inspections at our suppliers’ premises. While in 2009 this incurred only two flights, in 2010 this rose to ten flights. This led to a tripling of emissions due to flights.

We also read that green investments sometimes turn out to be counterproductive. In a surprisingly frank manner, memo’s CSR report admits some mistakes from the past and the actions taken. The use of biofuels was meant to provide a positive effect to the environment, but in fact it didn’t:

[… W]e have finally closed down our own company biodiesel filling station. Although our supplier always ensured our biodiesel was provided from regional raw materials, we decided to take this step due to the negative ecological effects of production of fuels based on vegetable oil when looked at overall (no certification of the raw material, increase in the pressure on primary forests by the global expansion of palm oil plantations and resource-intensive production).

One important thing Amazon does not reveal is information about its storage organization and related energy consumption. According to a report on internal logistics by the Swiss branch of Interroll, warehouses become outdated after 7-10 years, depending on the industry. After this period, retrofitting instead of rebuilding is a cost-effective as well as environmentally friendly way of reorganizing the logistics:

[M]odernisation of automatic warehousing has the potential to generate up to 30 percent savings for warehouse operators as a result of increased storage capacity and reduced personnel costs. Another benefit of retrofitting over rebuilding is that retrofitting measures can usually be taken more quickly and cost-effectively while normal operations continue. In addition, intelligent, future-proof retrofitting concepts allow efficiency and flexibility gains to be beneficially combined with contemporary aspects of green logistics. “Within the internal logistics domain, around 50 per cent of the energy cost of systems with a high degree of automation is attributable to conveyor technology, warehousing and commissioning,” explains [Dr. Ralf Garlichs, Executive Vice President, Interroll Products & Technology]. “More than two thirds of the remaining 50 per cent of the energy cost of internal logistics is devoted to heating and venting logistics buildings, and a further 15 per cent to lighting. This means there is huge potential for energy savings in internal logistics, much of which can be effectively addressed through retrofitting measures.”

In memo’s case, the last warehouse reorganization took place in 2010, reusing 60% of the old racking parts. Another energy and cost saving measure was the acquisition of second hand warehouse vehicles. Distances are reduced by a “chaotic” warehousing system, where more frequently used items are stored closer to the exit. The most material-saving innovation, however, is a reusable plastic box instead of a disposable cardboard package. The exclusive use of recycled paper as package filling material, instead of carbon derived plastics, further increases overall sustainability. Clients have the option to return any used goods ordered from memo for the firm to recycle. Used toner cartridges, for instance. This is why the returnable box especially makes sense – shipping new goods one way, shipping recyclable waste the other and fewer empty boxes in transit.

One of memo’s outstanding environmental concerns is water use. The company’s own 15 m³ rainwater cistern accounts for a 31% fresh water saving (see p. 37 in the CSR report). A wood pellet heating system installed in 2007 cut heating-related emissions by more than 50%. The old oil heating system remains in situ for extraordinarily cold periods.

54% of Carbon Footprint from Advertising and Catalogs

Of the 670 tonnes of carbon dioxide generated by memo AG in 2010, more than a third (36,2%) was due to paper consumption for advertising and mailing of catalogs. [Edit: adding the printing of advertising media, the figure rises to 54,4% !]. I am sure that many environmentalists would see a large potential for improvement here, by cutting down this physical way of advertising and exclusively focusing on online means of marketing; sufficiency is the keyword. However, memo is after all a commercial company. It should be rewarded not only for its efforts to make profits in an outstandingly environmentally friendly way, but also for its transparency on achieving or not achieving this. By the way, the system limit regarding the company’s carbon footprint is the operative business. To achieve carbon neutrality, an extensive list of climate protection measures have been taken, see p.40 for details. The remaining emissions are offset using WWF’s Gold Standard.

I don’t want to get into the ethics of carbon offsetting here, and I admit that comparing a global mail order giant to a medium-sized German enterprise lacks precision. However, I think the different approaches to doing business become quite clear when you compare memo’s elaborate sustainability report to the stoic shortness of “Amazon’s Innovations for Our Planet” page. The former lists data on water and energy consumption as well as carbon emissions in detail, whereas the latter only talks about the money Amazon saved through some optimization measures…

In my humble opinion, the future belongs to business makers who think beyond the terribly incomplete perspective of business tradition.

And don’t forget, next time you order something online, try googling “ecological mail order [your country]” first. And order all items together. And be there when the delivery van comes… 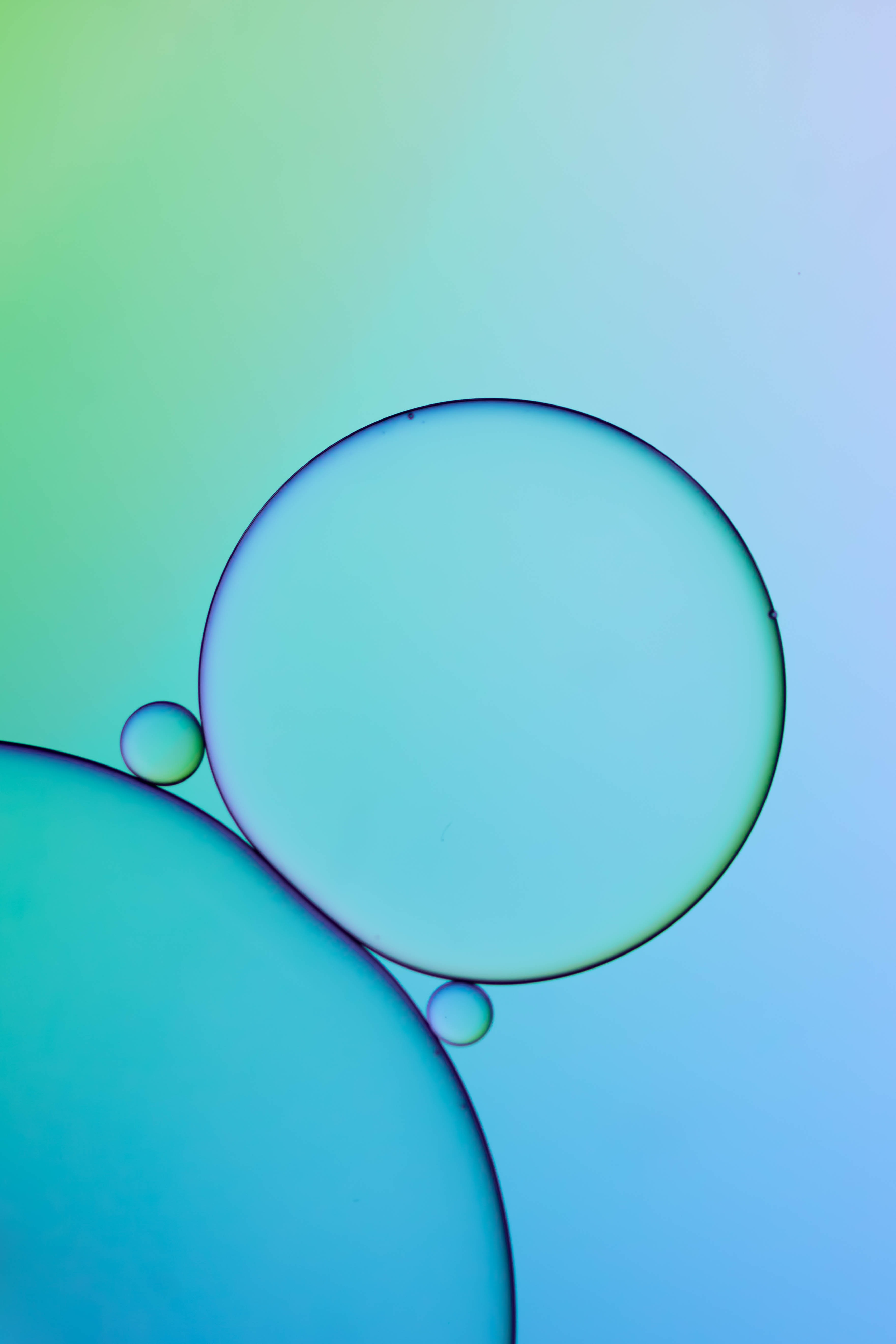