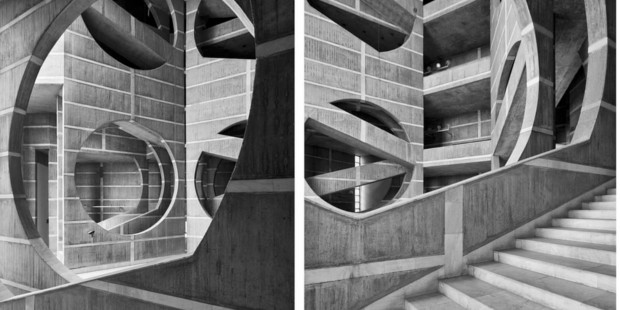 How to Invent the Right Institution to Cut Resource Conflicts

Can you resist the impetus coming from a 234 page report that has the promising title “Resource Futures” and boasts a beautiful Sankey diagram on the front page? See, I couldn’t either. But before you expect a concise summary here, you had better be warned. I’m deeply sorry, but the report’s giant scope of analyzing all the major resource flows in all of the world’s bigger countries, including their trade and actual trends, just exceeds what fits in the odd blog article. Scanning the first 20 pages yourself wouldn’t pose too much of a threat to convenience, though, since they’re already pretty compact, well-written and nicely laid out. What I can do is provide you with a general idea of the freshest thoughts the report contains and, of course, make some nagging, critical remarks from a strong sustainability supporting point of view.

Being familiar with Sankey diagrams, I wouldn’t go as far as did Niti Bhan, who raved about the report’s “great interactive infographics and killer facts” on his upcycling blog, REculture. But still, the five authors did a marvelous job on carefully collecting, reviewing, and interpreting hundreds of data sets for resource flows and global resource consumption trends.

I have to admit that at first sight, the general approach of regarding resource exporting countries on the one hand, and resource importing ones on the other, seems very 20th-century (if not 19th…). The territorial category of a country simply fails to reflect the actual reality of today’s global power distribution. Especially in the context of resource flows, the elements of power, money, and material circle around economic regions and trade hubs. And they all follow the decisions made in the boardrooms of mainly multinational corporations. They chase rapidly growing markets and some depend on good natural conditions for their production or extraction. Economic and material flows follow the rules of the market in a much more pronounced and dynamic way than they follow traditional political power. As a matter of fact, the latter is constrained by its particular territories, marked out by historically emerged borders and by slow national institutions. The “complex global supply chains” and important processing hubs mentioned in the report (p. 23) are perfect examples of the new state of affairs.

With this in mind, it is even better to read the call for a new, collaborative approach to deal with declining resources and their global distribution. Especially when this call was expressed by a renowned national institution: the Chatham House, part of the “Royal Institute of International Affairs” in London. Bernice Lee, Felix Preston, Jaakko Kooroshy, Rob Bailey and Glada Lahn published it in December 2012, in the Resource Futures report this article is dealing with. PDF download here.

One major critique of the status quo is at the center of the Resource Futures report:

Resource politics, not environmental preservation or sound economics, are set to dominate the global agenda and are already playing themselves out through trade disputes, climate negotiations, market manipulation strategies, aggressive industrial policies and the scramble to control frontier areas. (p. XIII)

In other words, current resource politics fail to harmonize the global dimensions of all sorts of national interests. The lack of international cooperation, so the authors reckoned, could be resolved with a missing piece of structure to calm everything down. Better collaboration certainly is easy to ask for; putting it into effect, however, initially requires some good working institutions and, above all, a fair bit of dedication from all participating sides. The devil is in the detail, of course. The structure the authors proposed consists of a new political institution with economic goals and named for its 30 member states: R 30. The idea is to get the biggest players in terms of the countries who import or export resources, or those who play an important role in refining or trading them (i.e. Singapore), around one table to discuss resource relevant issues and develop catchy strategies. The “informal forum” of the R 30 would aim for sub-goals of reducing resource price fluctuations and decreasing national resource intensity with the ultimate goal of achieving supply security and a predictable, low, and stable price level. Assuming that at a certain point this R 30 agreed on a pool of recommendations, they would be “fed into” more formal, existing governmental meetings like the G20 and existing institutions like the IEA and WTO (International Energy Agency and World Trade Organization).

So far, so good. At first sight, the idea sounds very promising. A new informal institution that tackles resource flows from a global point of view. However, in the mind of the international relations researcher, collaboration refers to horizontal, that is, bi- or multi- lateral cooperation, only – and involves only national delegates. Vertical cooperation, the kind sustainability oriented people and most contemporary intellectuals much rather tend toward, involves direct representatives of the people – the people that are actually affected by the way resources are produced, consumed, and traded. NGOs, nature conservationists, scientific experts, minority groups, and business spokespeople from all sectors are a few examples of participants who should have their say considered when cooperation is to be taken seriously. Considered directly, not through some more or less democratically legitimate political representative who in turn nominates a “nationally vested” delegate of his or her choice. The report is right when it states the following on page 59:

There have been no credible international policy responses to volatile resource prices, even though this challenge requires urgent policy innovation. For example, in the case of food, no rules or agreements are in place to deal with export controls, coordinate stockholdings or reduce the impacts of biofuel mandates on food prices.

Yes, the shortcomings of resource politics need to be addressed, but how on earth could an exclusively political institution do so? Hasn’t it been clear for more than 20 years, ever since the Rio summit proved a different path possible, that top-down approaches are a thing of the past?

It is excellent to read that the authors realized one thing. “Driving down resource intensity and encouraging sustainable use,” so they wrote, “are the only remedies for high and volatile prices”. But how far is it from reality to believe an international political institution will initiate this encouragement? No matter how many benevolent words were spoken in Copenhagen, most states already struggle to motivate their citizens to even slightly reduce their greenhouse gases to reach just the generous Kyoto protocol!

Globalization has led and still leads to a “rebalancing of global income and power”, that’s for sure. And investing in the “social and environmental resilience of emerging economies” is necessary when you strive for “long-term global resource security”, that’s correct. However, given the enormous importance of a good performing NGO that is aware of the local context, shouldn’t NGOs, too, have their word when it comes to designing the framework for these investments? There couldn’t be a better example for the effectiveness of bottom-up approaches than in the field of development cooperation.

Despite my doubts about top-down approaches with respect to cutting environmentally harmful subsidies, I totally agree with the authors. By definition, no other actor than the national or supranational state is entitled to cut a subsidy, whatever it may fund. Distinguishing “between environmentally sound and perverse subsidies for resources” is indeed critical (see p. XIII), the “perverse” ones must be eliminated, no doubt about that, and it sure should have “global priority” (p. XV). And the authors did more than most: instead of vaguely calling for an end of harmful subsidies, they provided a few keywords on how this end could be reached. The R 30 could work out the details, but in general, “any multilateral plan of action will require a clear timeline, concrete support for poorer states to reform their resource pricing, as well as effective channels and fora to share experience and technical expertise.”

Another point I liked about “Resource Futures” was its mentioning of a proposal to establish an annual report that includes a global resource overview:

An annual ‘State of the World’s Resources’ report or an international resources data bank could be launched to standardize in a transparent manner the collection and sharing of data on resource endowments, stocks and trade figures. Such an initiative would benefit from parallel efforts, supported perhaps by charitable foundations, to increase the capacity of civil society and local communities and media to monitor resource usage and extraction at the local level. (p. XVI)

Here we go, finally we find the traces of a bottom-up approach: “ charitable foundations,” “civil society,” “local communities,” can you feel the dust settling? Am I the only one who realizes that the foundation for this report is already laid, bearing the name of material flow accounting and being publicly accessible on www.materialflows.net?

Article image is taken from a beautiful series by Naquib Hossain (CC BY SA 2.0). It shows the National Assembly in Dacca, Bangladesh. Not that it was very probable for the “R 30” to hold its assemblies in such an iconic building, but who knows?

The obligation for EU based entities to report data on SVHC containing products to the SCIP...