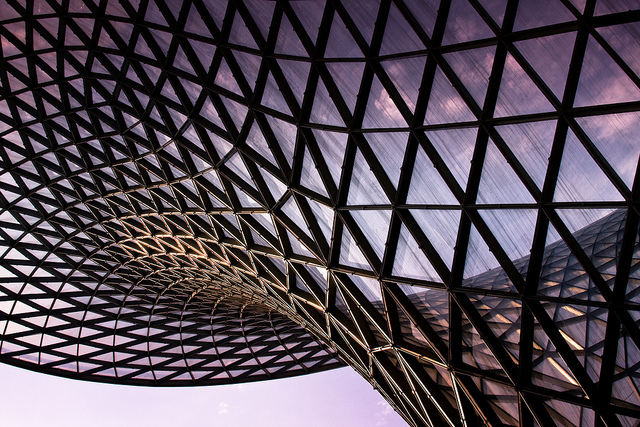 The Truth About the Dragon: China’s Future is Inevitably Green

What if every person in India drove a car? What if all Chinese were to live in their own 3-bedroom house? At the sight of a prospering global economy, many people’s trust in the future has been profoundly undermined, especially in the west. Unaware of the ethical paradox, this view grants a wasteful living standard only to the citizens of well-established economies. The old, bipolar world order knew only two spheres of development: The western NATO-states on the one hand and the eastern USSR on the other. Back then, it was only these two spheres that caused large scale-pollution, and this was the maximum the planet could take. Following this logic, the only way to prevent a global environmental catastrophe was to keep the traditional poor countries poor. A changing state of affairs in the population-rich BRICS states would threaten the ecological balance. When economic development in traditionally poor countries over the last 20 years led to a growing middle class, and when this very middle class naturally strove to have a western standard of living, the citizens of the global south were credited as being responsible for a global disaster. To me, it is more than clear that we got something wrong here, extremely wrong. First, how can a minority of people in the west claim a privilege to use a majority of resources? How on earth can the very same minority then deny others access to these resources? Second, there is a big misunderstanding about mankind and the environment. It is not the absolute number of people who are unsustainable. Much rather, it is their relative standard of living. How can other species be totally sustainable no matter how many individuals they have? The answer is as simple as it gets: because they “live green”! To illustrate this point, I’ll borrow a comprehensive example cradle-to-cradle pioneer Michael Braungart originally found. Added up, the biomass of ants exceeds all human biomass four-fold. Have you ever worried about the environmental effects of Indian or Chinese ants? Actual ants, I mean, not blue ones? No? For a reason! No matter in which part of the world ants live, their lifestyle is 100% in line with ecologic cycles, totally independent of their population size.

Ants really are fascinating creatures. Not only do they live in a way consistent with nature, but also they inspire mathematical algorithms and provide us with solutions for optimization issues. But that’s not today’s topic. Much rather, I want to give you hope for China’s economic development in terms of turning green much earlier than expected. Now, actually.

China Shifts to Green Business 6 times Earlier than We Did

Whereas western economies were blinded by the energy abundance of the fossil fuel era for a good 120 years (yes, it really took that long before anyone came up with more ecologic alternatives, roughly from 1850 to 1970!), China is 6 times quicker at embracing green business. What? Well, the boom years of the dragon have endured for hardly 20 years and already it has become the biggest global investor in renewable energies (see FT.com: China retakes renewables investment lead). China also became the world’s biggest emitter of carbon emissions in 2011. However, when you read headlines like “China Overtakes the US as the Worlds Biggest Carbon Dioxide Polluter” (see blueandgreentomorrow.com), you should always bear in mind that the country has more than four times the States’ population. Chinese coal is still big and stinky indeed, but it has to be said that electricity generation is only a small piece of the big, sustainability-recipe powered change-cake.

What about other ingredients?

Usually, it is three main sectors that hand around the responsibility to move towards sustainability. These are society, business, and politics. In a 20-page paper published by the Journal of Sustainable Development of the Canadian Center of Science and Education, four researchers from Wuhan University of Technology mentioned steps the Chinese business sector has to take. Their “Analysis of the Emerging China Green Era and Its Influence on Small and Medium-Sized Enterprises Development” shows, among other things, how sheerly gigantic the scale of the Chinese economy is. As they define it, a small enterprise has at least 300 employees, and personnel for medium-size companies can reach up to 3000. Still, the so defined SMEs account for 80 percent of all employees and almost 60 percent of China’s GDP. As you see, despite the diverging definitions due to different scales, both in Germany and in China, SMEs are definitely the biggest lever on the green-transformation machine.

In contrast to the common fear I referred to in my introduction, the paper’s abstract finds only good words for the rapidly evolving middle class:

“The raise of Chinese environmentalism is strongly correlated with the economic development of [the] middle class, which involves not only environmental activists, but also social stakeholders and the media. ”

Earlier in the article, I invented the term change-cake. If we assume that the flour is represented by society, namely the middle class, and sugar by business, especially SMEs, what is the butter? Politics, as in central committee? Well, this picture is, of course, way too simple, apart from the fact that cake is hard to find in China. Chinese prefer rice pudding and they’re much better at making pudding than cake, as everyone knows who has ever tried to find a reasonably good patisserie anywhere in the boundaries of the middle kingdom. So let’s rename the change-cake to switch-pudding, as in switching from fossil, unsustainable resources and practices to renewable and sustainable management methods. The switch-pudding’s rice flour could be the customer-side, especially the well-educated part of the middle class. The Wuhan study says that “stakeholders have started to play an increasing role in firms’ adoption of greener strategies and practices into their management systems. Customers demand for green products, non-governmental organizations campaigns and pollution [scandals] revealed by the media are starting to pressure SMEs to be greener.” The sugar, be it palm sugar or sugar cane or artificial sweetener or whatever, could still be the business sector itself, as sketched above. In contrast to cake, pudding requires no butter, but it does need water and a saucepan, which leads us to the third vital ingredient of a change towards sustainability: someone who mixes everything together thoroughly and keeps a general overview of temperature, taste and zeitgeist. Who is the chef in the contemporary Asian change-cuisine, then?

Yes, the regulatory side plays an important role (of course!) and, more than anywhere else, in authoritarian environments like China’s. The strong state – here we are, here comes the central committee and all other governmental institutions:

“Responding to the country’s pollution and the increasing public pressure, the government has started to enforce its environmental laws with the 12th Five-Year Program. New environmental regulations and standards are issued every day, and the number of environmental inspection is increasing to [ensure] firms’ compliance.”

The chefs in the suits set ambitious goals; they really are serious about making the switch-pudding a delicious one by stipulating a 40 percent reduction in carbon intensity by 2020 (see here). Now that sounds like a big decoupling effort, especially considering the 2005-baseline. What are further steps to reach this policy target? What other ingredients do we need? The figure of a 40 percent carbon intensity reduction is impressive (carbon intensity describes how much carbon is emitted for each unit of gross domestic product (GDP)), but the constant economic growth simply outnumbers the savings. In absolute terms, despite the 40% carbon intensity reduction, Chinese carbon emissions will still grow considerably. Even if this goal continues to be matched beyond 2020, an extensive set of effective measures is required.

What are these measures? Is it new technology? Renewable Energy World’s Louis Schwartz thinks so. He expressed the view that China needed a new, game-changing renewable energy technology. Like most of his blog commentators, I disagree. It is not new, magic technology that anyone needs, actually. Efficient applications have been around for thousands of years. We just need the will and the right framework conditions to apply them, in China as well as anywhere else. The Wuhan study names some of the framework conditions SMEs need to make green practices go viral:

Another recent report, published by the Chinese government’s National Development and Reform Commission (NDRC) and reviewed by Reuters, agreed with these findings. From a more general point of view, it identified a big budget gap for necessary investments in efficiency and renewables. The missing capital should be mobilized from international climate funds, wealth funds and micro-financing. Other strategies the report suggested include further increasing countries’ attractiveness for institutional investors (is that still possible? Hasn’t China always been a paradise for foreign investors?), the introduction of regional carbon markets and a carbon trading commission. The notorious call to cut fossil fuel subsidies is expressed so often, and again in this report, that it seems totally unbelievable that people still subsidize fossil energy. China apparently does. According to the report, two new institutions would fit well into China’s economy, if it was to turn green; I can fully concur with the authors that it would suit the switch-pudding extraordinarily well if the chef fitted it with a thick, national climate-fund topping plus a solid, green-investment bank garnish.

Article image CC B SA 2.0 by danielfoster. It shows a light collector, set up during the world expo in Shanghai.