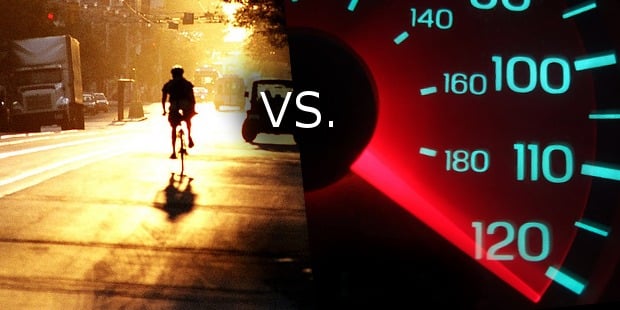 Who’s Happier – The Proactive Lohas or the Spontaneous Hedonist?

The perception that pro-environmental behaviour has negative effects on well-being has made it difficult to make big and concrete steps towards [sustainability] transition. But is this perception accurate?

Ask three researchers from the Dutch University of Groningen. In a review published in the last MDPI journal of sustainability, Leonie Venhoeven, Jan Bolderdijk and Linda Steg explored whether environmentally friendly behavior poses a threat to your quality of life, as many who struggle with being eco-friendly suppose. De-growth advocates, on the contrary, have argued the opposite for quite a while now; that shifting one gear down on the consumption racecourse would actually increase everyone’s quality of life. This argument is usually backed mainly by the highly probable gain of self-time that would follow less time spent working and thus, also, less time spent shopping. Other points in favor of the ecology-based lifestyle circle around a healthier life resulting from walking and cycling instead of using cars. Which leads us to the next point: if the entire economy shrunk, not only would you have fewer appointments to keep, but non-motorized forms of transport, car sharing, and public transport would become more attractive and everyone would have to cope with less traffic congestion and less traffic noise. Again, everyone would gain a healthier personal environment.

There are quite a few philosophers who combine the two views (see brand eins interview with Arnold Retzer, in German: “Glück wird überbewertet”, 12/2012), criticizing the eco-friendliness imperative for creating just another rule on people’s lives. According to this view, imposing too many guidelines on how one should live makes us unhappy, including both on the advertisement-front (“Your hair is ugly unless you use our new shampoo”) and the eco-behavior faction (“You’ll wreck our water bodies unless you use organic shampoo, and, by the way, use only solar heat to shower, otherwise you’ll wreck the climate, too”). The only conclusion to draw from this view, assuming you care both about the planet and about your inner peace, would be to work less, do less and worry less. But actually, it is not very difficult to identify the consumer’s more polluting choice. Just read the product label or ask the shopkeeper where the product comes from and what exactly it contains, and if neither of the two can answer either question, the product has certainly traveled thousands of miles on a dirty diesel truck and you can be absolutely sure it contains at least a handful ingredients that you wouldn’t have expected. Now comes the tricky part: it is indeed mind-boggling to find the right compromise to follow this identification process. First, leave the shop and buy the green, mostly more expensive, alternative somewhere where they’re well-informed about what they sell. Or second, realize that you didn’t really need it and are better off not buying anything. And third, consume the product anyway and feel bad about it. But there’s a fourth alternative, a totally underestimated one, for most products other than food. Instead of getting it new and contributing to a conventional, thus polluting, economic activity, you buy your product second hand. That saves you money, drastically reduces transport activity, and saves all production-related emissions (which have already been allocated to the first buyer). With second hand consumption, our introductory paragraph’s authors prove wrong all who say the environmentally friendly lifestyle equals limited fun:

Studies indeed show that consumption can bring hedonic well-being. For instance, shopping is used as a way to reduce stress or negative emotions [36–39], purchasing products can provide a hedonic well-being boost [40,41], and consumption is linked to higher life satisfaction [42,43]. Since this literature suggests that consumption indeed increases hedonic well-being, it is often implied that consuming in a more sustainable way would thus lead to a decrease in well-being. But is this really the case?
Literature suggests it is not. First, sustainable consumption does not necessarily equate to consuming less [9,34], but rather to consuming differently [44]. Buying a pair of new shoes and buying a pair of second hand shoes both comes down to buying the same type of product: consuming the pro-environmental alternative still is consuming. The hedonic sense of well-being derived from consuming can therefore still be derived from the consumption of pro-environmental alternatives [45].
Second, consumption is not the only way to gain hedonic feelings. Following Evans and Jackson [46], consuming less does not have to mean that one will also have less pleasurable experiences. The pleasurable experiences that are derived from consumption can be replaced by pleasure found in other domains—sometimes even by pro-environmental behaviour itself, as will be discussed in more depth below. So although consumption may bring some hedonic satisfaction, sustainable consumption patterns do not have to decrease hedonic experiences.

Nobody’s Coming to Steal Your Comfort

Some commentators in the debate, including those on this blog, have correctly argued that this discussion fails to set the right focus. It is not about consuming environmentally friendly products and saving energy on the one hand, versus enjoying yourself to the fullest, whatever it takes, while turning the radio down when it comes to everyone’s responsibility for a sustainable change on the other. Essentially, in judging whether you, personally, appreciate the upcoming green era, you shouldn’t fear that your right to pollute might be withdrawn. Because that’s not really what you’re afraid of. Instead, what you really fear is that all the convenient services, as in outputs, that came with the fossil fuel era might be in danger – cheap individual transport, warm showers, exotic holidays, to name a few. So instead of questioning the service as such (having access to a package of milk), we should question the unsustainable way the service is rendered (driving 15 km to the next centralized shopping mall in a combustion-engine driven car designed to seat five persons, haul 300kg of luggage and tow a horse).

Let’s face it, we all like the comforts we grew up with, and nobody wants to go back to the Middle Ages. The only point is that to provide these services, we traditionally waste terawatts of energy. Uranium, oil, coal, and all forms of fossil energy were provided by the earth in abundance; we would have been stupid not to use them! But now, in the second decade of the 21st century, we’ve made two discoveries. The bad one is the negative side-effects of using these mined energy sources, big-time. The good one, however, is the efficient alternatives: 100% renewable, biodegradable, reusable, and eco-friendly. We have all the technology we need to keep the desired services running! We can still have warm showers, still get fresh milk in the fridge, and still spend inspiring holidays in a picturesque setting, and do all this in a sustainable way! It is right there, and by no means will anyone threaten the services you desire. It is just the wasteful means to the ends that are outdated, and it is these means that need to be phased out, better sooner than later.

Is Eco-being A Better Well-being?

Now back to the review. Does pro-environmental behavior increase or decrease well-being? This was the initial question, and the answer is:

[Pro-environmental] behaviour probably does not have the daunting influence on hedonic well-being it is often depicted to have.

Yeah, you knew it. Read this whole article just for that one simple truth… Well, I wouldn’t cite this if it was as easy as that. The authors continue:

Yes, sadly, not all people think we actually should save the environment. So if you’re interested in holistic sustainability, including social sustainability, including well-being, you shouldn’t force anyone to behave in a more eco-friendly way. You should rather appeal to common sense and politely make mention of one technology or the other that keeps our desired services running, just in a more contemporary, as in sustainable, way. As Venhoeven, Bolderdijk and Steg put it: