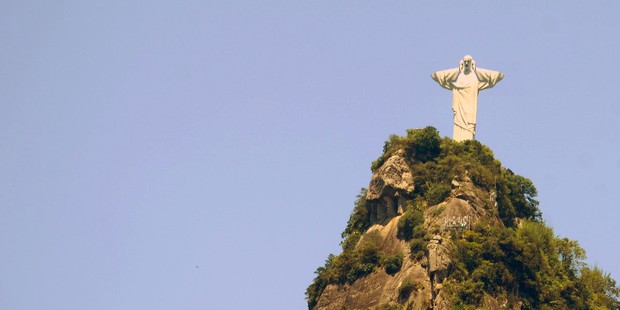 One week has passed and the deeply disappointed comments on the outcome of Rio+20 slowly fade from the media and blogosphere. I wonder where all this disappointment comes from. Don’t get me wrong, I don’t consider the summit the slightest bit a success. I’m with the well-cited Greenpeace press statement that not only called it an “epic failure”, but also ironically envisioned that the summit would more appropriately “go down in history as Greenwash+20”. Bryan Walsh of TIME.com found less drastic, but more precise words to describe the meaningless outcome:

The final statement that was negotiated at Rio—titled “The Future We Want”—was 253 paragraphs of affirmations and entreaties that added up to little more than a plea for something better.

I suppose there is some reason for disappointment, but I also think there were good reasons not to expect anything from this summit in the first place. When leaders – who will be in charge for only another handful of years – meet, why should they make substantial changes to a system from which they benefit? If they decided on changes towards sustainability, it would be for their successors’ sake only. No wonder they don’t.

I feel that by calling the international elite to responsibility, we sometimes are pushing away our own responsibility. “We” as individual citizens and “we” as business makers. By hoping that the others will promote the change, that there will be laws and contracts for everyone, we don’t need to be the first to change. This approach is lazy and, from my point of view, the main reason for the highly emotional disappointment of Rio+20. You see, when the politicians fail, all there is left is for us to take action. And to take action, I have to leave the couch of my oh-so-comfortable, fossil-fuel-powered life, I have to reinvent my business as a more resource efficient opecation, and these are efforts I would rather have others make for me. But that chance is gone. There is no one but us to take responsibility. We are all grown-up, and the green economy is mature enough to be put into practice. Bryan Walsh’s conclusion is essential:

[I]f there’s one lesson we can take from Rio, it’s that top-down problem solving isn’t an option any longer.

[I]ncreasingly multilateral global forums are not the settings for breakthrough innovation, tending to settle for lowest common denominator outcomes.

Isn’t Rio+20 exactly that? The “lowest common denominator outcome”? “Paragraphs of affirmations”? If so, what is the consequence? Jenkinson and Bapna continue:

More likely to make a difference are bottom-up solutions where companies, governments at all levels, and other constituents, such as NGOs and development banks, work as partners to solve specific sustainability problems. Sectors such as clean energy and water supply, in particular, lend themselves to such an approach.

And I would go even further. Do we really need strict governments to go sustainable? If you realize the triangle of advantages for every company when it comes to applying greener practices, there is no reason not to invest in the green future! First, you are a pioneer and get ahead of the others as oil and energy become increasingly more expensive. Second, both your clients and your employees will reward you with more loyalty for being a responsible company and third, your business will prevail and achieve a constant pay-off since a transparent and responsible style of running a business makes it a lot less vulnerable to crisis, scandal and NGO campaign. Concerning the latter argument, just compare the performance of conventional and sustainable portfolios during the last crisis – the sustainable ones kept growing slowly, but constantly, despite the harsh overall economic downturn.

As I read on The Guardian’s Environment Network, WWF International dubbed the summit a “colossal failure of leadership and vision”. Rio+20 failed to be far-visioned, but that doesn’t mean your company strategy has to fail, too! The key characteristic of business – its ability to introduce innovations quickly – calls for all business decision makers to act. As Jenkinson and Bapna put it:

Rio provided modest progress on some areas, but the clock is ticking down to a time when humanity breaches Earth’s ecological limits with unknown consequences. New ideas and enhanced cooperation between governments, the private sector and civil society are needed now if we are to avoid this daunting scenario. Business must help lead this effort by doing what it does best – thinking up innovative solutions that can change the world and setting time-bound targets to bring them to scale.

Greenpeace, the non-profit NGO that reinvented itself as an energy company, realized an important precondition for the world to change: we first need to start changing ourselves, a la Gandhi. In order to provide the world with renewable energy at a sufficient scale, it is not enough to protest and to set media agendas so Greenpeace now also acts as a company, building renewable power stations and providing clients, not members, with renewable energy. This change is also reflected in their (above mentioned) Rio+20 Press Statement:

The ‘Future we Want’ was never going to be decided in Rio. It is being decided, each and every day in Capitals and boardrooms around the world. That is where we need to turn our attention.

Now give me one reason why you shouldn’t start with your own boardroom!